One of the things I most enjoy about dancing, especially with Ivan, is how much fun we have on lessons (generally). Part of this is due to his personality, but another equally charming aspect is the fact that he is foreign. Being from Bulgaria, with English as a 5th language (I’m not kidding – he speaks many languages including Polish, Spanish, Bulgarian, and English and probably more), he says some funny things and there are hilarious mispronunciations and misunderstandings. Not to mention, Bulgaria has weird idiomatic sayings – I mean maybe they make perfect sense in Bulgarian, but when translated, they really don’t make any sense.

This week I skipped ballet in lieu of an extra lesson with Ivan last night because I had to work Saturday and he had to cancel Sunday, plus he’s leaving for Ohio Thursday and will be gone through most of the weekend. It’s possible I’ll be able to fit a lesson in on Sunday, but there is no guarantee. Plus he and Marieta will also be gone the following weekend for California Star Ball. It’s not an ideal situation for me trying to get myself together for Holiday, so I have to fit in what I can, when I can. So this week that meant a lesson Monday night as well as tonight. Anyways, we continued to work on Bolero, which is finally coming along, as well as American Rhythm Rumba and Swing. We also reviewed Samba and Cha Cha, Latin Rumba, and Mambo. It was a pretty good lesson last night. I enjoyed myself and felt like we made progress on our routines. Plus I feel like the cardio I have managed to fit in is finally beginning to make it easier for me to dance. We still have to run rounds and push things to the max but I’ve been tolerating things really well during the lessons.

So anyways, after the lesson Monday night I told Ivan, “Let’s have a lesson tomorrow night,” to which he replied, “That sounds wonderful.” But he cracks me up when he says this because he’s kind of making fun of how we Americans sound. It’s very tongue and cheek, plus he says it with that Eastern Bloc accent and it’s even funnier. And then to drive the point home he says, “That would be fan-tas-stick,” again overdoing it with feigned courtesy, and it’s just silly. I parrot it back to him with my impersonation of his accent and he asks, “How else can you say this? What other word is there for ‘fantastic’ or ‘wonderful’?”

“How you say this? What letter it start with?”

“Stupendous,” I say for the umpteenth time

“Stupdendous,” translates Marieta…repeating the word just like I have been saying it for the past 5 minutes.

“AH!” Ivan exclaims. “Estupendo! Why you no say this?”

I mean, yeah, probably not the easiest word to learn in English, but now Ivan has expanded his vocabulary. We say our good nights and good byes, and then Ivan prattles off this long complicated saying in Bulgarian and I have no idea what he said.

“It’s a saying,” he explains, “saying go to sleep. In the garbage but not the garbage. What is this you put the dirty laundry in? Well go sleep in the garbage laundry basket and dream of a penny.”

But then neither does this other saying Ivan told me – re-ap-a-de-de – means “go eat a radish” and you say it if you don’t like somebody. I guess it means something like “go jump in a lake” but go eat a radish? lol. That’s just weird.

But Ivan is not the only foreign dance instructor in my life! Tonight in Inna’s class, we worked on Samba and Paso Doble. And at one point she was trying to put together a short exercise routine and came to a blank. As she was thinking of the next move, she rattled off something exotic in Russian and then translated, “Something very dangerous is going to happen right here!”

It was very dramatic. 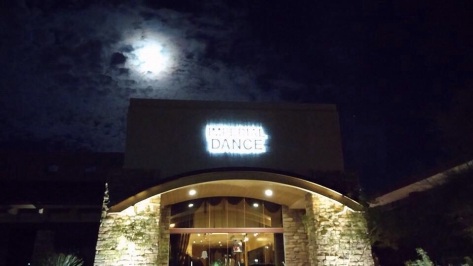 But I have to say that the funniest thing that happened today happened in English.

When Ivan and I were practicing the Bolero we weren’t doing it full out. But then we came to this part where I kick my leg up into a vertical split and grab him around his neck and shoulders and he drags me and dips me. Well we came to the part and since we hadn’t been doing the movements completely full out I didn’t expect to actually give him my leg and do the vertical splits. So we are in this rather intimate embrace and I pause for a second because he seems to be expecting this move to happen. So I quietly ask him, “Do you want it?”

We both about lost it. It came out in a husky voice and it was just funny. I totally meant, “Do you want my leg? Like, really? Right now.” but all I said was, “Do you want it?”

Ermygerd! so frickin’ funny. It came out so totally wrong and sounded so suggestive. After we laughed our heads off, Ivan said the only appropriate thing to say in response, with his voice low.

“Give it to me!” he growled, which sent me into another fit of giggles.

All in all, it’s been a good few days in terms of dancing. We are making progress, I feel, with the new routines, and I’ve been enjoying my time. That plus I had a big win at Inna’s class tonight. You see, when I first walked through the door and took the first class, I couldn’t make it though the class. My body just couldn’t tolerate the cardio. It seemed impossible. It was so, so hard, and I had to quit during many exercises, which was embarrassing and exasperating. But I told myself that eventually I would be able to make it through a class 100%. Well, it’s been over 2 years, actually probably more like 3 since this will be the 3rd year they are having their Showcase and Masquerade Ball, anyways, it’s been years in the making, but as I was dancing tonight, I realized that I was able to cope with the demands of the class. I was able to handle it all the way through. Now, we lucked out and didn’t do Jive, but I’ll take it as a victory! I worked really hard and for quite a long time to make it here. There is still so much to do, however, it is important to me to take a moment to acknowledge this progress.

Well, anyways, though I’m kinda bummed Ivan will be gone and I probably won’t see him again until Sunday or later, I do have a few things to look forward to. I will be streaming Ohio and watching my favorite pro couples compete on Friday night. Saturday Damir has a workshop which will keep me busy, and next weekend when Ivan is out of town again Inna will have a workshop. Plus I’ve started taking a Jazz class on Wednesday nights which has a lot of stretching and a pleasant instructor. Well, those are my latest ballroom adventures. I, however, had better get to bed – I will be working out at the gym in the early morning with Chelle and I know she will kick my butt! So good night and sleep in the garbage and dream of a penny.

One thought on “Do You Want It?”