I am so excited today to share with you this guest post from Patrice! I loved reading her book and was thrilled when she agreed to participate and contribute to Ballroom Village and my blog. Patrice is warm and generous and, I feel, a kindred spirit, when it comes to how we approach dancing in terms of joy. Ivan also tells me I am and “advanced social dancer” rather than any particular level. So without further ado, I give you Patrice. Enjoy!

Dancing is a Shortcut to Happiness

I saw a meme on Facebook recently, which said “There are shortcuts to happiness, and dancing is one of them.” For those of us who dance, these words have the ring of truth! Ballroom dancing is how I found my way back to joy and, at age 50, it helped me to reclaim my life again.

It sounds dramatic to say, “reclaim my life,” but I was in a pretty bad place before ballroom dance. I was burnt out after leading a talented, but, at times, contentious group of 12 co-founder/owners in starting up and building an award-winning PR agency over the previous 12 years while also caring for a sick husband who was in the final year and a half of his 17-year battle with a brain tumor. I had back burnered my own needs and desires for many years and personal happiness was not something I had experienced in a long time.

In February 2002, I started working with an executive coach because I was depressed and in a malaise that I couldn’t shake.
My depression was shared by many New Yorkers who lived in the city through 9/11. I was haunted by those nearly 3,000 people who died in the Twin Towers five months earlier. I thought about those nearly 3,000 people who went to work that morning and didn’t return home that evening. I wondered what they were thinking in the moments just before they knew they were going to die. If it were me, I think I’d be trying to convince myself that I had done everything that I most wanted to do in life and that I was “good to go.” My fear was that many of the people who died that day were not good to go. Many of them were young, in their 20’s, and probably not thinking about their mortality. I imagine, like most of us, they thought that they’d have a long enough life to get around to doing everything they most wanted to do.

At my next coaching session, I shared with Suzanne that my new purpose in life, informed by the nearly 3,000 people who died in the Twin Towers on 9/11, was simply: “To choose joy in my life each day; to be mindful of that joy; and to share that joy with others. I told Suzanne that, if I could live my life this way, I’d be “good to go” whenever it was my time.

Suzanne asked me the natural follow-up question, “So, what brings you joy?” I had spent so much time trying to home in on and articulate my purpose in life that I hadn’t even thought about the answer to that question. So, I blurted out the first thing that came into my mind, “Dancing!” I was as surprised as she was to hear this.

I had totally forgotten that the reason I came to New York City to seek my fame and fortune was because of Ginger Rogers and the magical movie musicals she made with Fred Astaire, many of them set in the exciting, big city backdrop of Manhattan. I was hooked on Ginger since I was 8 years old. I yearned to live in Manhattan so I could wear beautiful, evening gowns like Ginger Rogers and dance with a tuxedo-clad, Fred Astaire-like escort at the swanky Stork Club. That was the dream that brought me to New York City and one I had totally forgotten until that moment.

When my executive coach discovered that it had been a year or so since I’d been dancing, her homework assignment for me was to book myself a ballroom dance class. And, this is how I began to reclaim my life with one, hour-long lesson a week. Soon, I was laughing again and having fun. One lesson a week over the following years became a full-fledged passion/obsession, involving two then three then four then five lessons a week with two different dance teachers – one for American Rhythm and another for American Smooth!

I danced my first showcase at the Pierre Dulaine Dance Studio eight months after my first lesson. The only reason I agreed to do so was because my then teacher, Tony Scheppler, tempted me with the promise of choreographing a special samba routine for me, knowing that I absolutely adored the samba. I was on a high, exhilarated from performing in the showcase and desperate to dance in another one soon. When I was crestfallen to learn that the next showcase was six months away, my teacher Tony suggested, instead, that we compete in the New York Dance Festival a month and a half away. That’s how I fell into competitive ballroom dancing.

I competed for about 10 years and really loved it. Only in the past couple of years did I realize that I didn’t really like to perform and compete. I really just liked to dance! Moreover, that my dancing was for my own pleasure and joy. I didn’t really care what the judges or the audience thought. I only cared about how I felt when I was dancing. I especially didn’t like the stress that I put upon myself when competing and the pressure of having to execute a set routine as flawlessly as possible during competition in order to win or place. The focus on having to perfectly execute a routine, I realized, robbed me of the joy of spontaneous dancing. So, I stopped competing for a couple of years.

Recently, I started competing again because I missed the fun of traveling to ballroom competitions with my teacher, World Rhythm Champion, Emmanuel Pierre-Antoine, and his partner, Liana Churilova, and their Pro-Am students. I loved cheering on my fellow students at our Pro-Am heats during the day and then in the evening, banding together to boisterously cheer on our teacher and his partner when they competed in the Open Professional Rhythm Championship.

I told my teacher, Emmanuel, that I wanted to compete again only if I could just dance freestyle with no set routines for any of my six rhythm dances – cha cha, rumba, swing, bolero, mambo and samba. That way, I said, it would be more spontaneous and exciting to me and feel more like real dancing. I told Emmanuel that I just wanted to focus on being present and following him rather than following a routine, which I had danced hundreds of times.

To his credit, he said, “okay, let’s try it and see what happens.” Well, lo and behold, free from the pressure I put on myself of trying to dance my routines perfectly, I just focused on having fun and following my teacher’s lead. This approach worked beautifully for me and, in my first competition after a couple of years of not competing, I surprised both myself and Emmanuel by placing first, second or third in most of my Open Bronze and Silver heats.

My teacher has now, half-jokingly, dubbed me an “advanced social dancer” instead of a competitive ballroom dancer. At first, I recoiled from this characterization, but if that’s what I am and it brings me joy, then that’s what I am. I never want to lose sight of the reason I started ballroom dancing – to pursue my joy! So, I am proud to be an “advanced social dancer,” pursuing my joy full-out and fearlessly in practice and at competitions. For me, dancing is very much a shortcut to joy and one that I will always choose. 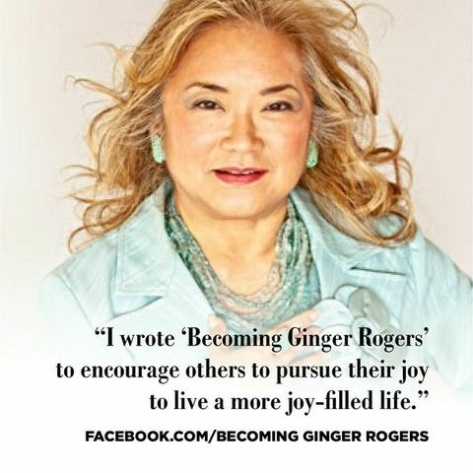 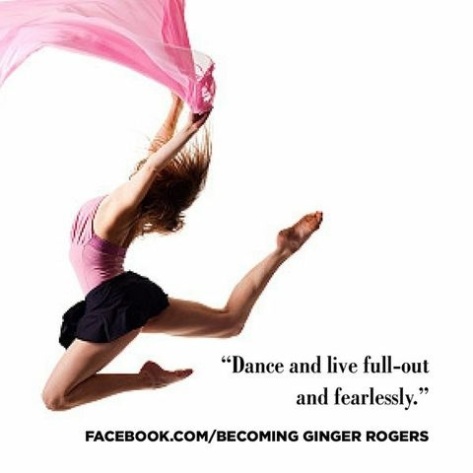