Maybe the case is the same at your studio, too.  At mine, everyone is at Beach Bash. 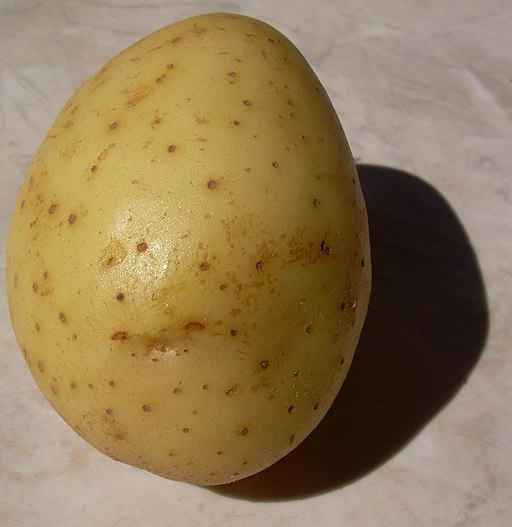 By FelipeFronchetti (Own work) [CC BY-SA 3.0 (http://creativecommons.org/licenses/by-sa/3.0)%5D, via Wikimedia Commons

Why that’s important for this story is because my regular teacher, Kristijan, is out-of-town, gracing the floor in Latin probably right about now.  Maybe if you are at the competition you will get to see him dance, as well as a few people from EuroRhythm and more people from Arizona that I’m friends with, some of whom will be performing in the Showcase Fundraiser that’s happening next Saturday, April 16th to raise money for a local domestic violence shelter here in Phoenix called Chrysalis.

In any case, because Kristijan is out-of-town, I had a lesson with my old pal, Damir tonight.  It reminded me that I should make sure to schedule a lesson with Damir maybe once a month or so because what he offers me is so different and helpful and refreshing from what my other instructors, as wonderful and as contributing as they are, can provide.  I marvel at how tiny adjustments made internally make such a dramatic difference in how my movement looks and in how stable I feel.  I am even more surprised at how Damir can tell when I’m “on” and when I’m “off” even when we are talking differences in millimeters or where the pressure is in my foot (like inside edge, or not).

I got in the studio and we caught up a little bit because it’s been a while since I’ve had a significant chunk of time to chat with him one on one.  He asked me how he could help me on the lesson.  Originally I thought maybe I’d learn the Sweetheart step in Gold since it was so completely baffling to me when Shirley Ballas taught class, but then I thought the better of it.  I’m in Silver right now, after all, and learning a step is just learning a step.  I could probably find a video on Facebook if I wanted to learn it badly enough.  More valuable, I decided, was discovering how to be over my hip.

I’d discovered in previous coachings that my hips were not where they should be, especially when stepping to the side.  I have very flexible hips which is an asset and a curse.  The asset is that I can emphasize certain movements in an exaggerated way.  The curse is that I tend to move them too far forward or laterally, or even to prematurely settle backwards because I have the possibility of such freedom of movement there.  But when I do that, and it’s not intentional, I’m not exactly on balance, I’m late in timing, my movements aren’t as coordinated as they could be.  What I wanted to discover with Damir was where it was they should be optimally in a front step, side step, and cross over, so that I could feel it in my body and recreate it later.  I am definitely a kinesthetic learner when it comes to dancing.  I can see things in the mirror and recreate them up to a point, but it’s the internal stuff that you can’t visually see that eludes me.  This is why it is so incredible to have a coach like Damir in my life because he can describe these internal movements and energetic intentions and see them and provide me feedback around them.

What was also so great was that Damir began talking about the Chakra system in relation to the dance movements we were doing.  Most instruction I receive is structural in nature, speaking to the physical body.  It helps me, personally, to have the energetic perspective as well.  Damir talks about where to place my focus on various moves so that my body is then in the proper position.  For instance, for me, I have to focus on the back of my knee, the back of my neck, basically the back side of my body even as I move forward because if I don’t, I will fall forward and create a big mess.  For other people it might be opposite, but I tend to try to get ahead of the dancing and keeping my awareness in the back of my body helps me to actually stay present.

So we began simply and Damir described that what to do was to have the iliac crest of the hip directly over the ball/toes of the foot.  Then before moving, think of the crest going up and under, which also causes the pelvis to become more tucked under, before continuing the motion.  I’m to imagine that my hip bones project all the way to my armpits, they are that solid into the floor, compressed by the ribcage and scapula.  This seems to keep me in better alignment overall as well as to create a gooey, rich movement that doesn’t stop but continues to cycle throughout the body until it comes to the time to take the next step.

Tonight I actually felt the complete cycle internally from step, through the hip, upwards compressing into the spine, then to the lat which perpetuates coming onto the standing leg fully and pulling the moving leg under the body.  It’s all connected.  There were no gaps for the first time that I am aware of from foot one through the leg, hip, the entire body up the spine through the lat and back down in reverse to foot two.

So why, you might be wondering, did I title this post Like Potatoes?  Well in his description of this cycle, especially the part that we were grappling with in terms of the hip and pulling it under the ribcage before moving, he told me this analogy of planting potatoes.  He laughed, admitting that it was probably the craziest metaphor I would hear, but said that if during the winter you eat all the potatoes you have, you will have nothing left to plant come spring.  He said that the general rule is to save about 10% for the future planting.  In dancing, he contested, it is the same.  Conserve about 10% of motion to continue into and thus generate the following movement.  In this case, get on the leg, get the hip over the foot properly, then use the 10% energy left to go up internally into the body to generate the following step.

So there’s that, and also, it ties to something else that’s been happening in my life.  For just the last 3 days or so I’ve been eating vegan.  I’ve been saying that I’ve wanted to eat a more plant-based diet for a long while now, and for Christmas I got a book called “Thrive” which has a bunch of recipes and was created by a guy who is an elite athlete.  I’ve tried a few dishes here and there but for whatever reason, I went to Whole Foods last week and was completely inspired by all the gorgeous produce.  I bought a bunch and then proceeded to make a variety of recipes from the book.  I had plenty of each so I’ve been grazing from each of the 6 to 7 dishes I experimented with.  I discovered that the food prep for the vegan stuff is no more intensive than it was for when I was working with Chelle the nutritionist.  Also, and this is really surprising to me, I’ve felt more satisfied, fuller, less hungry, and have had no cravings whatsoever for meat or anything else, eating this way.

I made kale chips and a garlic broccoli mix with garlic, rutabega tiki masala, a carrot based “pizza” that tastes nothing like pizza but is very filling, Brussel’s sprouts with a Dijon sauce, roasted beets with a balsamic sauce plus fake cashew-based cream cheese, not to mention a variety of shakes with lemongrass, carob chips, cocoa, agave nectar, vegan vanilla gelato, coconut water, almond milk, banana, and cashews.

It’s been so easy to eat this way, I’ve surprised myself, and I’ve even packed my meals tomorrow as I go to a seminar for the entire day.  My body is still adjusting in the gastrointestinal department – it’s a lot more fiber, I think, than I’m used to, more veggies, of course, and maybe it’s too much info, but of course adjusting your diet adjusts how often you have to go, which seems to be a lot more.  I’m hoping things will stabilize as I continue along.  It’s a small price to pay for feeling full, satisfied, and like I’m eating fresh, healthy food, having no cravings, and sincerely enjoying what I’m eating.  I tend to think my body is getting tons of nutrients as well which is maybe why I feel like I’m actually eating less food overall while feeling more satisfied.

With this unexpected ease and success, I’ve decided to explore more options for vegan cooking.  So tonight I went to the store and bought ingredients for vegan gnocchi, which, if you didn’t know, is made from potatoes.  So there you go, it also relates to the title, even if circuitously.  Who knows if this will affect my body shape, size, or lean and fat mass content.  But what I do know is that the experience of it is satisfying and supports me right now and I like being aligned with the idea of not eating animals.  The funny thing is that I truly have told myself that nothing is off the menu.  If one day I decide that it is the time to have a Twinkie, then that is alright as well.  But I don’t even want a Twinkie eating like this.  I cooked up some Swai fish during the food prep as well in case I felt I needed more protein or whatever and I have as yet had no desire to even eat that.  We’ll see what happens but for now I’m going to play and experiment.  I’m going to find other recipes that sound good and give them a try.  I bet eventually I will find a routine that works well for me.  I would say it would be balanced for me to eat this way 80 to 90% of the time then allow some space for grace and enjoying social events, or special treats or whatever.  But so far I’m feeling anything but deprived.  I could easily skip traditional party food feeling this way.

So that’s what’s going on in my world.  Please check out the Ballroom Village page on Facebook, join it, share it with your friends, and post links to your blog when you write something new.  You can also share the page and any links on your Facebook page or on the blog.  Whatever you want to do to promote it.  I hope it will continue to grow and create another, expanded platform for us to be in community, share, and nurture our Ballroom Village.

That’s it for now!